With my habitual distrust, I had stationed myself behind Habeneck, and, turning my back on him, overlooked the group of kettle-drums, which he could not see, when the moment approached for them to take part in the general melee. Precisely in that [...] when the movement broadens out, and the brass burst in with their terrible fanfare; in fact, just in the one bar where the conductor’s direction is absolutely indispensable, Habeneck puts down his baton, quietly takes out his snuff-box, and proceeds to take a pinch of snuff. I always had my eye in his direction, and instantly turned rapidly on one heel, and springing forward before him, I stretched out my arm and marked the four great beats of the new movement. The orchestras followed me, each in order. I conducted the piece to the end, and the effect which I had longed for was produced. When, at the last words of the chorus, Habeneck saw that the ‘Tuba mirum’ was saved, he said, “What a cold perspiration I have been in! Without you we should have been lost.” “Yes, I know,” I answered, looking fixedly at him. I did not add another word…. Had he done it on purpose?… Could it be possible that this man had dared to join my enemy, the Director, and Cherubini’s friends, in plotting and attempting such rascality? I don’t wish to believe it … but I cannot doubt it. God forgive me if I am doing the man injustice! The success of the Requiem was complete, in spite of all the conspiracies – cowardly, atrocious, officious, and official – which would fain have hindered it. [...] Poor composers! They had better learnt to conduct their own music, and do so properly, for it is the conductor who is the most dangerous among your interpreters – never forget this. [H. Berlioz, "Z pamiętników" [Memoirs], PWM, Kraków 1966, pp.178-179, 193]

You don’t trust us

Still I was very anxious as the hour for the concert drew near. […] This is what I feared. In the great pieces of the Requiem, the four little brass orchestras contain trumpets and cornets in different keys (in B flat, in F, and E flat). […] Some treacherous brother might therefore hurl a trumpet passage in F into the Tuba mirum for me, instead of one in E flat, counting on excusing himself, after having produced an atrocious cacophony, by saying that he had mistaken the key. Just before beginning the Dies Irae I left my desk, and, going all round the orchestra, requested each trumpet and cornet player to show me his instrument. I thus reviewed them all, closely examining the inscriptions of the various keys, F, E flat, and B flat. When I came to the brothers Dauverne, Opera musicians both of them, the elder made me blush by saying, “Mr. Berlioz, you don’t trust us. That is not nice! We are honest men, and we are your friends.” This reproach embarrassed me, […] and I pushed my inquiries no further.” [H. Berlioz, op.cit., pp.215-16]

I had a company comprised of six hundred performers, choristers and instrumentalists. […] I cannot imagine now how I succeeded in having such a difficult programme learnt so quickly (in one week only) by such a scratch pack of musicians. And yet I did manage it. I ran from the Opera-house to  Théâtre-Italien, where I had engaged the chorus only, from Théâtre-Italien to Opera-Comique and the Conservatory, directing a choral practice here, and drilling the orchestra there, seeing to everything myself, and trusting no-one else. In the foyer of the Opera-house I finally took both my instrumental bodies by turns, the strings rehearsing from eight in the morning till noon, and the wind instruments from noon till four o’clock. Thus, I was on my feet, baton in hand, the whole day. My throat was on fire, my voice nearly extinct, my right arm languid. I was ready to faint from thirst and weariness, when one of the chorus was kind enough to bring me a large tumbler of hot wine, and this enabled me to finish the awful rehearsal. [H. Berlioz, op.cit., pp.213-14]

Toscanini’s rehearsals […] were horrible! […] He put the fear of God into the orchestra! Sentries were deployed between the maestro’s room and the rostrum. […] There were times when Toscanini hit the instrumentalists on their heads in a flush of fury. […] One day, he tol Leo Slezak he was no tenor but a mere scoundrel [J. Waldorff, "diabły i anioły" [devils and angels], PWM 1971, p.58]

Towards the end of his career, Hans von Bülow – an artist of great renown – became somewhat of a play-actor. When he was about to conduct a Beethoven symphony, his appearance was preceded by that of an usher who would make a lot of fuss to remove the conductor’s rostrum from the stage, in order to make it explicitly clear to everyone that the maestro would conduct his Beethoven by memory. Von Bülow manifested his respect to the composer […] by conducting his works wearing white leather gloves, switching to black gloves whenever he conducted the funeral march from ‘Eroica’. [J. Waldorff, op.cit., p.40] 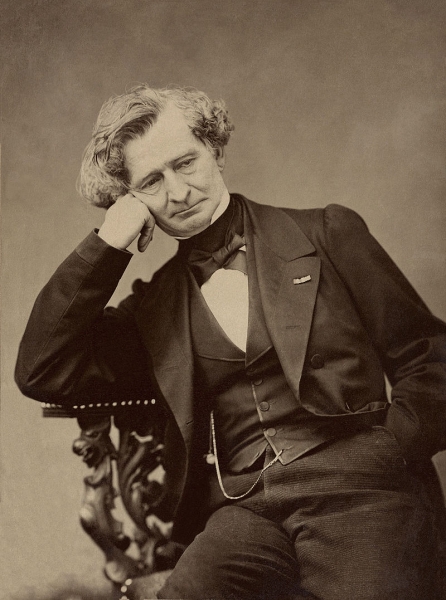 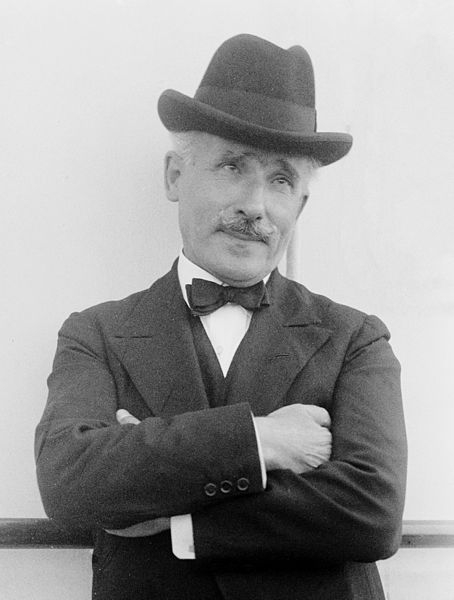 © Instytut Muzyki i Tańca
The texts, photos, films, translations and other contents of the site
are protected by copyright laws. Their use or reproduction, even partial, is prohibited without previous approval from the Institute of Music and Dance.